One guy to keep an eye on : Prove Them Wrong →

Having recently announced the debut of dubfire:liveHYBRID premiering during the annual Amsterdam Dance Event, Dubfire adds special guest The Hacker to the already impressive lineup. Crafting retro-furturistic sounds since the 90’s the Grenoble-based artist has consistantly released innovative productions unaffected by trends. A true techno loyalist The Hacker, adds another alluring dimension to the dubfire:liveHybrid experience.

Premiering worldwide on October 16 at the Roest Warehouse during the annual Amsterdam Dance Event, Dubfire’s debut live show reinvents the concert experience by seamlessly weaving together elements of 2D and 3D animation with live audio and lighting to explore the intersection of science and technology – of man and machine – and their resulting evolution and inevitable fusion.

With support from an eclectic array of hand-picked artists that include legendary dub reggae / industrial / new wave producer Adrian Sherwood, SCI+TEC’s Carlo Lio, Italian dub techno stalwarts Dadub and Modular Pursuits, this event promises to be unlike any other previously seen (or heard!) at ADE.

As a warm up to the event, Dubfire exclusively interviews The Hacker about his early influences and todays electronic music scene.

D: You’re revered by many as the architect of a particular style of techno, not only as a solo artist but with your work with Miss Kittin and how you’ve influenced younger artists like Gesaffelstein. Who influenced you?

When I was a teenager, bands like Depeche Mode, New Order and Kraftwerk were really important for me. This is those bands who make me want to do music, then later, Detroit techno and electro had an huge impact on me, especially artists like : Juan Atkins, Jeff Mills, Dopplerefekt, Drexcya, etc… and I think that we can say that my music is a mix a those influences, somewhere between European new wave from the 80’s and Detroit Techno.

D: Your music pays homage to the technology and styles of the past, and certain Roland instruments in particular! Is there any new piece of music equipment you feel will be a classic years from now?

There are a lot of synth and drum machines around at this moment, but most of those items try to re-create sounds that older machines did, so i don’t think that there is a synth or a drum machines built today that will become a “future classic”. For me something like “Ableton” will be a future classic, maybe it is already actually!

D: Is the rampant hunger and rush towards money and fame hindering the creative development of our scene? Do you feel that the young electronic music artists of today are pushing the boundaries of creativity?

In the commercial scene, this “EDM ” thing, I think that yes, people are doing this for fame and money and they don’t really care about the music, in the more “underground” (even if that word doesn’t mean anything today anymore) scene, I think that most of the artists are doing this because they really love the music, but in terms of innovating, there’s not a lot going on lately I think. Most of the releases in house and techno sound really 90’s, there is this kind of big revival of the original techno sound, stuff like Jeff Mills or Robert Hood, it’s cool, because I love this kind of techno, but it’s not very innovative. I’m not talking about the original artists like Mills or Hood, I’m talking about people who tried to sound like them. 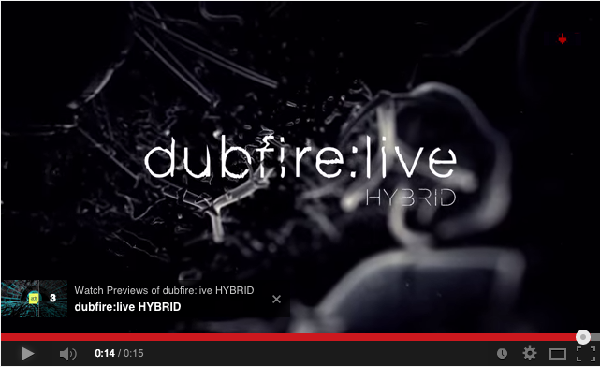